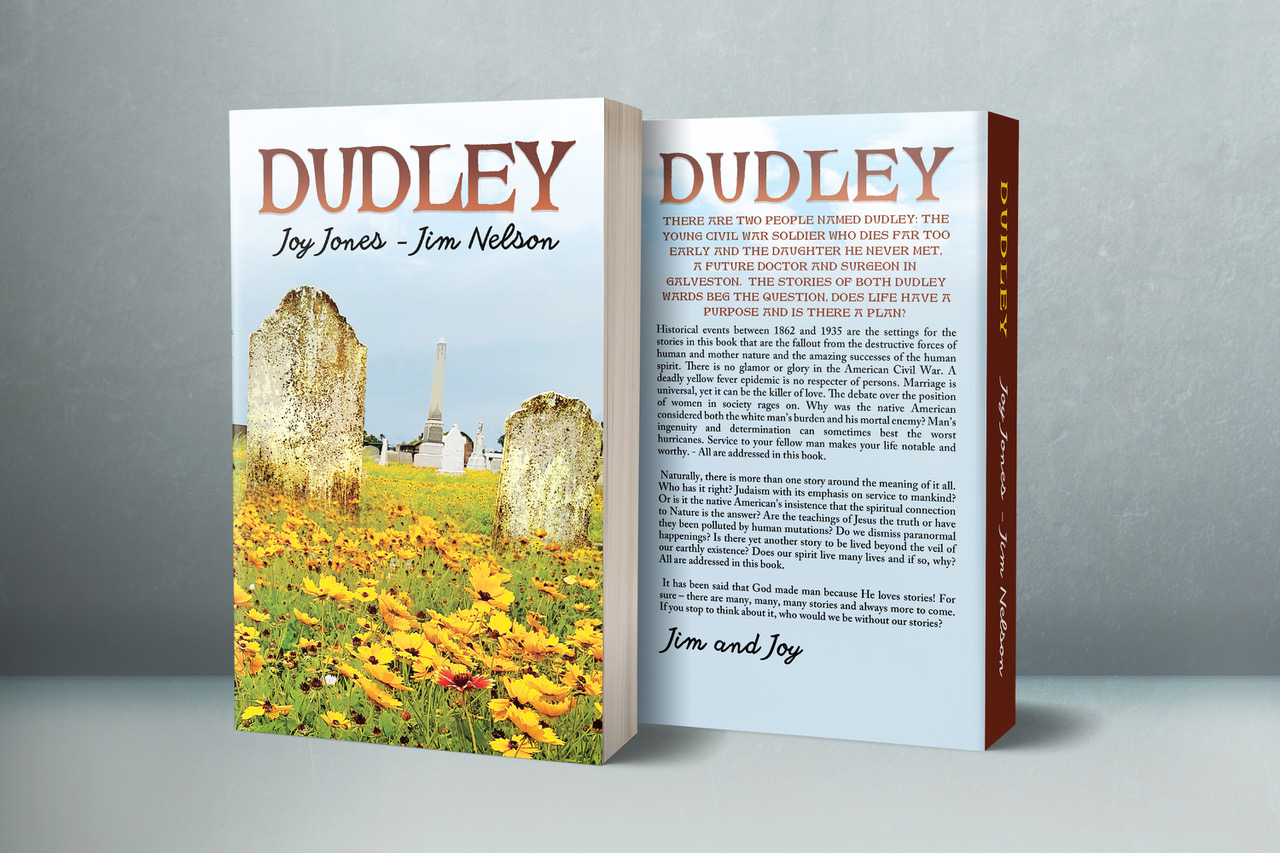 Dudley is historical fiction novel set in Austin and Galveston, Texas, a Civil War battlefield in Vicksburg, Mississippi, New York City and on a South Dakota Indian Reservation in South Dakota between 1862 and 1935. It is the story of a father and daughter, both named Dudley Ward. The untimely early death of the father hangs as an unanswered question, while the daughter struggles to eventually contribute as a doctor and surgeon in a culture that basically restricted women to the role of wife and mother.

On her journey to experiencing life from the spiritual perspective, Dudley encounters the challenges of prejudice against women in medicine and the role of women in society in general, and the treatment of Native Americans on reservations in this country. The institution of marriage, too, is redefined.


The underlying theme of the book revolves around life’s major questions: Is there purpose for every life? Is there a spiritual element in what occurs in life? What constitutes a life fully lived?
Buy Now 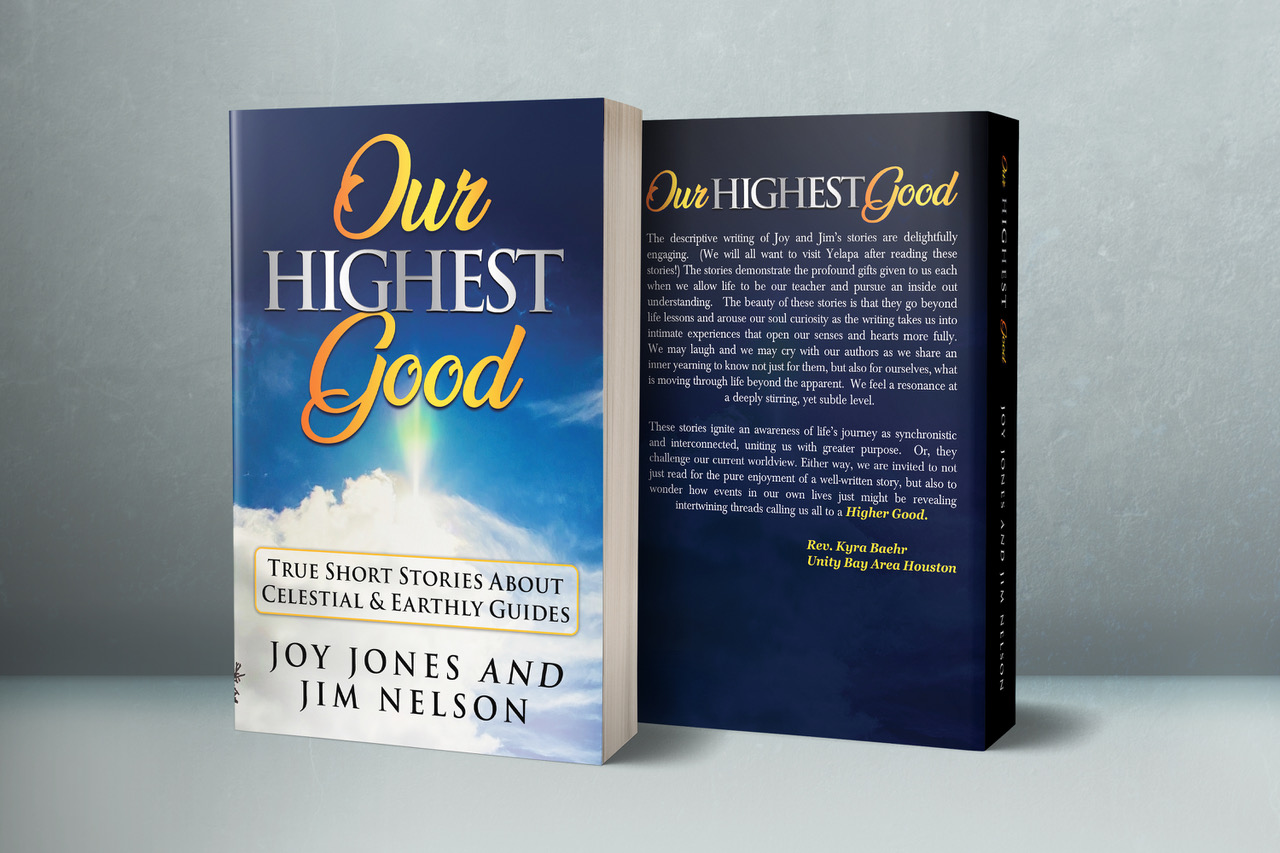 These seven short stories demonstrate the profound gifts given to each of us when we allow life to be our teacher and when we pursue an inside out understanding of what is happening to us. All of the stories are true, and they ignite an awareness of life’s journey as synchronistic and interconnected, uniting us with greater purpose. The stories include various life situations: healing after a stroke; selling a townhouse; relocating to a primitive culture from life in California’s academia; a deceased mother’s influence on her daughter’s plan to marry; recovering from the devastating loss of a young child; leaving a long established marriage and help with living a single life on a shoe string. The beauty of these stories is that they go beyond life lessons by arousing our soul curiosity. Readers may wonder how events in their own lives just might be revealing intertwining threads calling them to a HIGHER GOOD. Buy Now 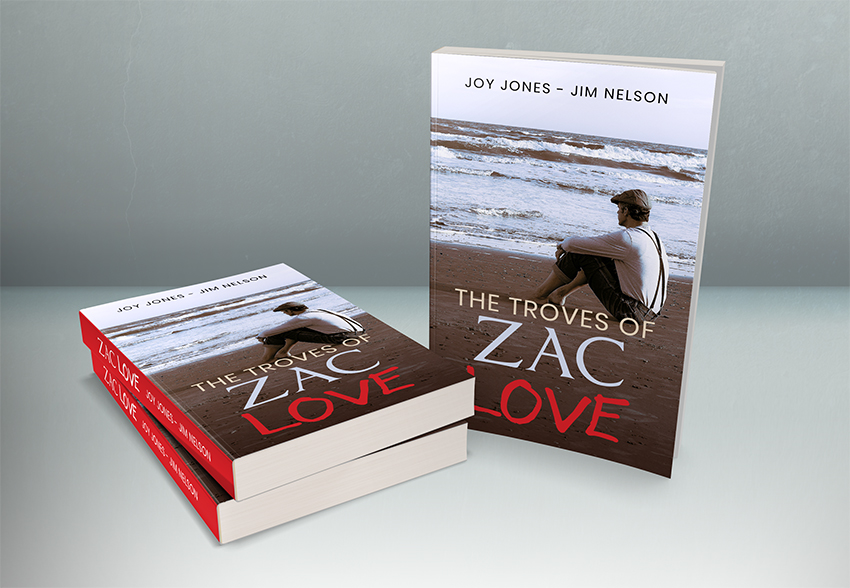 The Troves of Zac Love

On September 7, 1900, Zac Love, a 20 year old Galveston dock worker, left the island to enjoy his monthly fishing trip with his young son, Jon, and best friend, Santos, the son of a prisoner of war from the Battle of San Jacinto.

Everyone on the island knew that Zac’s trove was life with his most beautiful and beloved wife, Lena Fay, and their three little boys. They envisioned decades of loving years together. Then on September 8, this nation’s greatest natural disaster struck Galveston and virtually destroyed the city, killing over 6,000 people. Among those lost were Zac’s wife and two of his three young sons.

It took Zac, Santos and Jon a week of perilous days to finally get back on the island-only to find his family and home washed away down to the sand, deposited somewhere in the great sea that surrounded the island. Left with only tears and time to uncover the point of surviving the storm, Zac finds an unexplainable source of comfort and support in the Gulf waters off Galveston Island – Lena Fay’s spirit. For the next 65 years of his life, she helps him navigate his earthly relationships, spiritual growth and treasure hunting adventures.

Zac’s long life of 85 years is a story of tears, truth and treasure. It is a tale of intrigue that involves some of Galveston’s most famous and infamous characters, beginning with the ole pirate himself, Jean Laffite.
Buy Now 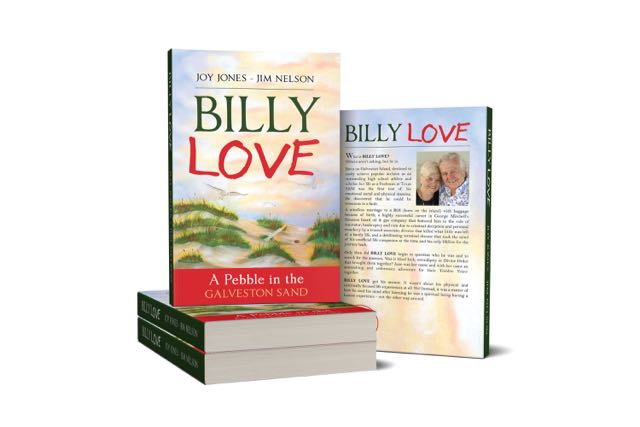 Billy Love, A Pebble in the Sand

2017, Personal Growth
Who is Billy Love? Others aren’t asking, but he is.
Born on the island to easily attained popular acclaim as an outstanding athlete and scholar, life as an Aggie at Texas A&M was the first test of his emotional metal and physical stamina. He discovered that he could be tenacious to a fault.
A mindless marriage to a BOI (born on the island) with baggage because of birth; a highly successful career in George Mitchell’s Texas oil business that featured him in the role of innovator; bankruptcy and ruin due to female deception and treachery; divorce that killed what little was left of a family life and a terminal disease that took the mind of his unofficial life companion of the time.
Only then did Billy Love begin to question who he was and to search for answers. Was it blind luck, serendipity or Divine Order that brought them together? June was her name and with her came an astonishing and unforeseen adventure for their ‘Golden Years’.
Billy Love got his answer. It wasn’t about his physical and externally focused life experiences. No! Instead, it was a matter of how he used his mind after learning he was a spiritual being having a human experience – not the other way around.
Buy Now

What Critics Are Saying
“If you’ve ever had the experience of walking into an ice cream store and being overwhelmed by all the choices of delicious flavors available, you will have a sense of what you’ll experience when reading Billy Love, A Pebble in the Galveston Sand. It’s a mixture of Galveston culture, racial division, and affairs of the heart and mind. Told by a swashbuckling oil and gas entrepreneur, (couldn’t have a novel set in Texas without one) who admits to his personal shortcomings in relationships, losses in life and true love, and sprinkles in just a pinch of spirituality and religion in his late in life quest for redemption. I loved the account of a tent revival with an electric chair set on stage, which set the tone for Billy Love’s rejection of traditional, hard-shell southern religion, until years later stumbling into a spiritual experience that corrected his life’s higher course.

The authors are storytellers. If you want an experience that takes you from the Gulf waters of the Texas coast, to the war torn jungles of Southeast Asia, to the frozen tundra of Alaska, to the oilfield plains of North Texas, to the building then losing of a personal fortune, then finally to the mixing in a personal path to a higher understanding of oneself and others, Billy Love will guide you on that journey. It’s almost as if you can see the rough stone that is Billy Love being smoothed by the life he lives and the realization of the real meaning in life. I only hope that this is just the first of many works of writing art by Joy Jones and Jim Nelson. I’ll be waiting for their next great adventure.”

“Settling into the heart and mind of Billy Love, you’ll find a quest for Truth. Billy, carries the wisdom of life experiences, but is his heart ready to reveal a deeper knowing? Sound familiar? Now, he’s discerning how to embrace a world bigger than himself through a new lens. What a ride! The authors write with an easy and adventuresome nature. Billy Love is a romp through life with the twists and turns of a journey arriving at the heart of the real question; “What’s my life all about?” Enjoy Billy Love.

“VOICES OF THE SILENT GENERATION SPEAK OUT, DESCRIBING A SPAN OF TIME FILLED WITH EXPLORING, ADVENTURE, LEARNING AND LOVING.

A human pebble, sharply shaped among the diverse cultures that survive Galveston’s storms and thrive on its golden sands, acquires skills to fare well when faced with harsh expectations of Texas A&M upper classmen, war in the jungles of Vietnam, and the development of oil and chemical industries from the frozen slopes of Prudhoe Bay, Alaska to Texas industrial empires. That is just the setting of a novel that allows a glimpse into the lifestyles of people who have been too busy living fascinating experiences to talk about it.

The story is told by the pebble’s soul mate, who has equally learned life-lessons from the politically-sensitive academic arena. Joy’s story telling has artfully woven in wisdom from the ages to provide thought-provoking purpose and understanding of relationships and life in general. This is a love story with the power to inspire, motivate and help readers celebrate being alive at every age.

JOY JONES AND JIM NELSON HAVE HIT A HOME RUN!”

“Great dancers with their nuanced moves appear to flow effortlessly through intricate patterns that entice, mesmerize and evoke both appreciation and enjoyment in spontaneous contagious response from each other and those that are fortunate enough to be in their presence. Billy Love, A Pebble in the Galveston Sand is such an experience! Joy Jones and Jim Nelson weave their real life stories and experiences with creative fictional characters and situations, then add in the spiritual nuances that have you leaning into the rhythm — excited to follow their expert lead. At moments the story builds momentum until you are breathless with the aliveness, and then they smoothly turn and gentle the pace to reflect subtle gems of wisdom only revealed in the waning tide of quieter movement. A beautiful rapport is developed with the reader that leaves a lingering sense of being engaged at every level – thoughts, feelings, and insightful awareness masterfully embodied and expanded by the experience. May this book bless you as it has me!” 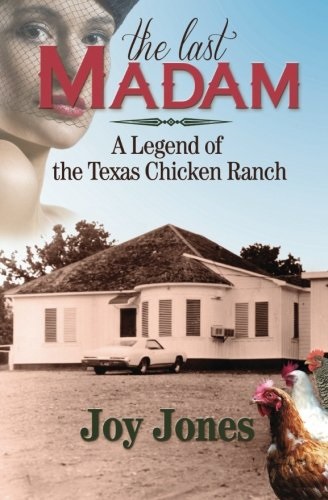 THE LAST MADAM, A LEGEND OF THE TEXAS CHICKEN RANCH

2016, Historical Fiction
​The Chicken Ranch, as many in Texas remember, was a brothel located in a rural setting outside the town of La Grange. This invincible brothel’s 144 years of continuous business achieved something close to respectability, despite the nature of its trade. The Chicken Ranch was a remarkable phenomenon – a notable piece of Texas history. This brothel was shut down abruptly when Marvin Zindler’s TV coverage in the summer of 1973 forced the last madam, Edna Milton, to lock the front door forever.
​
This sudden and highly publicized event fit with the rest of Edna Milton’s life. Born to poverty in Oklahoma; forced into marriage at sixteen to an abusive husband, and death of the only man she would ever love and his baby forces the beautiful but uneducated Edna into a life of prostitution in Galveston, TX. Now with the closing of the Chicken Ranch, at the age of 45, she must once again find her next life. Edna discovers that divorcing her past and reinventing herself takes more than a change of geography and job description. Finally, men as learning experiences.

“To Texans, just the mention of “The Chicken Ranch” brings stifled chuckles, knowing quirks of the mouth, a forever acknowledgment of its place in our folklore. Reporters and writers, musicals, songs and a movie have defined much of what we think of the decades-old brothel in La Grange, shut down in the glare of a television lens in 1973. Joy Jones has taken a different approach. Billed as historical fiction, her book is a look into the heart and mind of Miss Edna, The Last Madam, A Legend of the Texas Chicken Ranch. From the young girl survivor of the Dust Bowl era through World War II, the prostitute in the seediness of Post Office Street in Galveston, to the bawdyhouse business woman in La Grange, we experience Edna Milton’s evolution as a woman, as a person. The surprise of the book is the continued journey of Milton, and what we find is a new age account of the world’s oldest profession …after the legend died.” 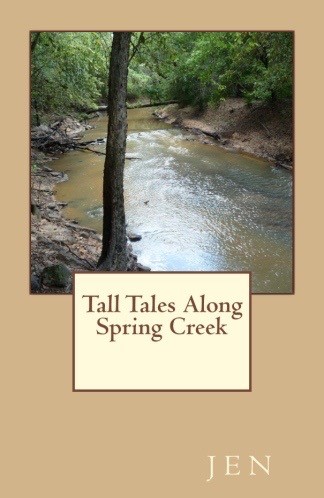 2017, History / United States / 20th Century
This book is an attempt to describe several of life experiences growing up along the banks of Spring Creek in Southeast Texas in the early to mid 1950s. It gives an abbreviated peek into life ‘back in the day’ before the explosive growth the area has experienced in the last relatively few years. Additionally, it offers special insight into the social and geographic aspects of the area, as it existed some 60+ years ago. Tall Tales will appeal to those familiar with the area and generally enrich the knowledge of every newcomer and history lover everywhere.

There are no upcoming events at this time.

This message is only visible to admins.