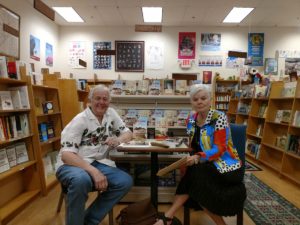 Later the next week, we had an event at Tall Tales Bookstore in Atlanta, Georgia, where we had an event during a horrendous rainstorm. We still managed to sell books and meet super people. Love Atlanta, but had to get back to Galveston and work on our next book, a prequel to Billy Love, A Pebble in the Galveston Sand. 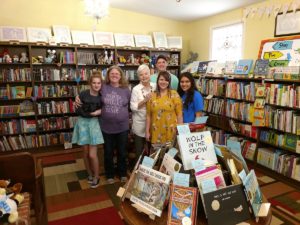 Back on the road again! In late April 2018, Jim and Joy took JJ Galveston Books on the road for the first time after Jim’s surgery. We made a stop in Lufkin, Texas, at Absolutely Fiction Book Store. The picture above show the owner and a group if really good people we met there, plus sold some books. Can’t be beat! 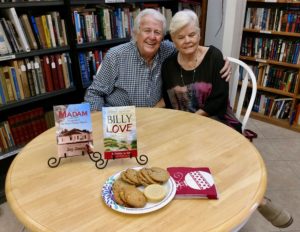 Joy and Jim were at it again in downtown Galveston this past Saturday. The Galveston Bookshop featured them as guest local authors from 2:00 PM to 4:00 PM. at the only bookshop in the city. The duo discussed, sold, and signed two of JJGB’s historical novels that are based in some part in the City of Galveston. As always, people have a keen interest in learning more about this magical island and the people that call it home even if only for a short some time in their lives. It leaves few if, any untouched! All there had a great time as usual. 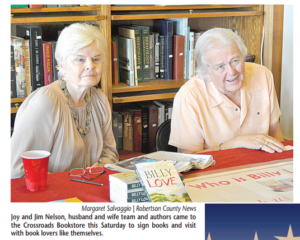 Still in a catch up mode, this is Joy and Jim at a book event at Crossroads Bookshop and an article about the event in the local paper. It was a fun time and the next day we presented at the Spiritual Center of Brazos Valley in College Station. We have to get the word out one event at a time, but it’s a labor of love! 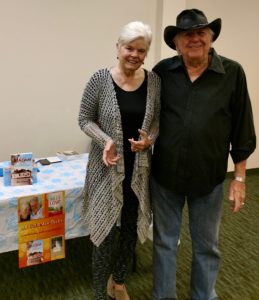 Joy and Jim were the featured guests at the Galveston Authors event recently at the League City Library. We met a lot of people, explained JJ Galveston Books and what we do and sold some books to boot! Had a great time! 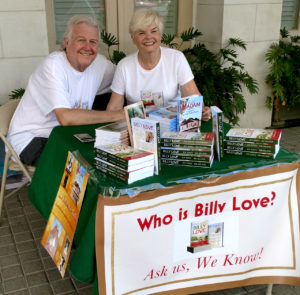 First Sales of Billy Love, A Pebble in the Galveston Sand

JJ Galveston Books initiated the sales of Billy Love, A Pebble in the Galveston Sand to the general public on Saturday, September 16, at the Galveston City Market. Although attendance to the event was somewhat diminished from past events due to Hurricane Harvey’s unsolicited and ill timed arrival in Southeast Texas, Jim and Joy had a grand time talking to readers about all of our books and JJ Galveston Books’ publishing endeavors. We sold numerous copies of both Billy Love and The Last Madam. We’ll be back in the same spot at the next market date on October 21. Come by and introduce yourselves. Buy some books and we’ll sign them for you! 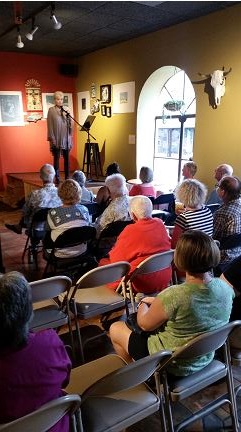 On this evening at the Collected Works Bookstore in Santa Fe, NM, Joy conducted perhaps the best book event she has had for The Last Madam book. Over 30 people showed up around 6 PM for Joy’s readings from the book, a general overview of the book and why she wrote it, and a lengthy question and answer session. Joy had lots and lots of good questions from many different people. The teacher in her shone brightly and buyers were lined up for her to sign the books after the event.

Collected Works is a large privately owned and operated bookstore just off the Plaza in downtown Santa Fe. The staff we worked with was wonderful and extremely helpful both before and during the event. Dorothy, the owner, called us the next day to thank us for coming. It is a First Class operation all the way around. If you are ever in Santa Fe please drop by and tell them JJ Galveston Books spoke very highly of them.

We hope to be back next year with Billy Love, A Pebble in the Galveston Sand. 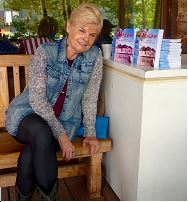 On Independence Day, 2017, Joy spent the afternoon selling books at Freemon’s General Store, which is about 20 miles west of Creede, CO in the Rocky Mountains. Freemon’s is a neat place that serves a fabulous hamburger in addition to ice cream and some basic grocery items. They served almost 350 hamburgers while we were there. The people were wonderful and surprisingly, probably 70% of those we talked to were from Texas! Of course most Texans knew what The Chicken Ranch was, but there were some from California who had never heard of The Chicken Ranch, The Best Little Whorehouse in Texas, Dolly Parton, or Burt Reynolds. Go figure! We still sold a goodly number of the book, The Last Madam and more importantly we had a blast in the cool mountain air. 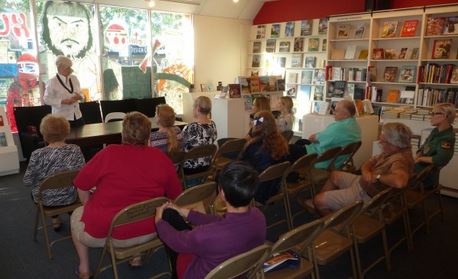 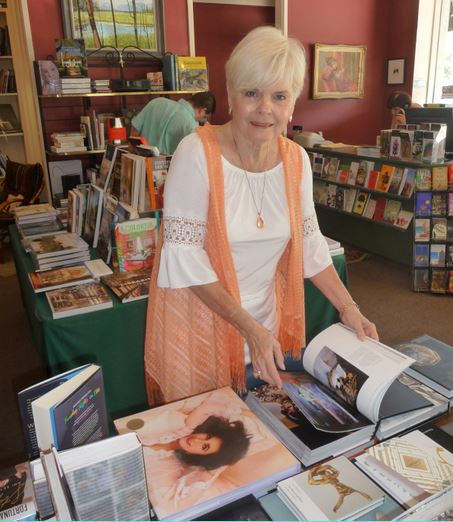 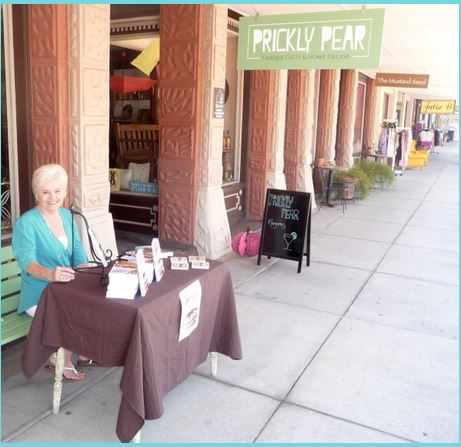 There are no upcoming events at this time.

This message is only visible to admins.